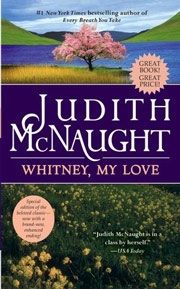 Point of view (POV). When you get a bunch of writers together, those three letters can start a good, old-fashioned donnybrook. These days it seems everyone’s got an opinion on the subject. I’ve even seen readers mention it in book reviews. It’s a topic I find fascinating since the trend lately is to have a very rigid, controlled POV, even if there are multiple POVs in the story itself. I, personally, love a good head hop if it’s done well and with some finesse. Changing POVs within a sentence or paragraph = no. Changing POVs in a chapter or scene (without the obligatory scene break!) = I’m on board.

Here’s the thing. I’m a fan of some old school romance novels. Ms. Judith McNaught, whom I consider incomparable, can head hop like nobody’s business and I think it’s done so well, I don’t mind one bit. In fact, when I first began to study writing and was told OVER AND OVER again by everyone how I MUST restrict my POVs, I went back and read several McNaught books to see how she did it, if it bothered me (now that I “knew better”), and if not, why not.

Whitney, My Love by Judith McNaught
Now, I know that there is an entire camp (a big camp! more like a commune actually) of writers and reading purists who will tell you that a skilled writer can achieve that same level of complexity using only one POV. They’ll tell you that multiple POVs are simply out of vogue, no longer done, ’80’s-tastic. “It’s not deep enough,” they say. “You’ll jar the reader out of the story,” they cry. Well, I’ve read Whitney, My Love probably 50 times (er, not an exaggeration) and I’m positive I have never once been jarred. Never. Once.

And no discussion of on POV in romance novels would be complete if I didn’t mention that Nora Roberts herself is an aficionada of the POV switch. Hasn’t hurt her sales a bit, has it?

So, what gives? Am I just retro? Am I the only one who likes a little head hopping upon occasion? First of all, as a reader, do you even notice some head hopping and if so, convince me. Why is head hopping so wrong? Do you have any beloved head-hopping authors?

*Find the original post athttp://www.heroesandheartbreakers.com/blogs/2012/09/many-different-points-of-view-on-point-of-view-in-romance. Thanks to Valerie Bowman for permission to repost. http://www.valeriebowmanbooks.com

***Want to know what Judith McNaught herself says on the matter? Read what she says here: http://www.duchessproductions.com/inherwordspe11.cgi.htm

Why is point of view so important and what is it? Point of view is all about who is telling the story. It’s important because if it isn’t done properly we can confuse the reader, and we don’t want them to put down our book. It is vital to choose the right narrative point of view for our story. Let’s review some of our options and how best to carry them out.

First Person – This is the most intimate POV because it gets the reader directly into the characters head, they are telling the story in their own words. They are in the ‘I’ and ‘me’ perspective. The following is an example from Walking into the Wind by John O’Farrell.

I think that day was the first time they understood why I’d refused to follow them into the slavery of a normal job. Now that they’d glimpsed this world of fringe festivals and beer tents and circus arts, they couldn’t believe that this was my everyday life.

When using first person POV it’s important that the narration fit the characters personality. Their background and education play important roles in this. A wealthy socialite would not notice ornate furnishings when they walk into a room. Yet, the handyman coming in to fix a light fixture would. A lawyer or doctor’s diction would be different from that of a teenager or child. You also cannot reveal anything the character doesn’t know. While it does create a quick intimacy with the reader, the writer risks being stuck in that one characters thoughts and perspective. First person POV does present some challenges but the writer can be successful.

Second Person – This is told in the voice of a narrator, not a character, who is addressing ‘you’ the reader. Most self-help books are written in this POV, but when used in a novel it’s purpose is to make the reader feel as though they were experiencing the action themselves. There are not many novels written in this POV, but don’t let that stop you. If you can find a fun, new way of using it then go for it. Here is an example from Bright Lights, Big City by Jay McInery:

You are not the kind of guy who would be at a place like this at this time of the morning. But here you are, and you cannot say that the terrain is entirely unfamiliar, although the details are fuzzy. You are at a nightclub talking to a girl with a shaved head. The club is either Heartbreak or The Lizard Lounge.

Third Person – This is by far the most commonly used POV for novels. A narrator is telling the story about what he or she did. There are many different ways of using third person POV. One is third person limited, or single vision where the narrator tells the story from one characters perspective. This POV pulls the reader into the characters head, creating an intimacy between them almost as close as first person POV. It’s possible to use multiple third person points of view by switching characters. Some writers will switch characters with each chapter, others will make the switch within the same scene. If scene swapping is done its best to only switch once per scene. Any more runs the risk of confusing the reader. The following is an example of third person limited from my novella Homerun.

“Here.” She shoved the schedule at him. “Let’s get this done so we can go to bed.”
His grin widened and she realized what she’d said. She could feel the blush creeping up her face. “Not together of course. You go to your bed and I’ll stay here.”

He found her blush and her eagerness to clarify her words alluringly cute. He leaned in closer and let his fingers trail down her cheek and neck. The iron-clad control he maintained when he was near her was slipping fast.
“Are you really going to make me drive all the way home when I’m in danger of falling asleep at the wheel, Princesa?” Her lips were a breath away. How had they gotten that close?

In this example we get into both the hero and heroines POV, each separated by the symbols. Some authors won’t use any type of dividing line but rather switch within the same scene using a different paragraph. This can be done but use caution because many publishers don’t like this type of head hopping. If you choose to do this type of POV change start with the characters name and an action. Jessica ran her fingers through her hair. This could not be happening. “What do you mean you lost her? How does one lose a two hundred pound gorilla?”

Third person omniscient POV has a narrator who knows it all, the characters, the setting, any past or future events of the story. The omniscient narrator can reveal things to the reader that the characters don’t even know. The only drawback with this POV is that it removes some of the intimacy between the reader and character and creates distance. And for that reason omniscient is very rarely used now. It calls attention to the fact that there is a writer, which is exactly what most writers want to avoid. We’d rather draw readers into our fictional worlds instead of having them on the outside watching the events take place. Here’s an example from Home Sweet Home by Hannah Tinti:

A month before Pat and Clyde were murdered, Mrs. Mitchell was fixing the toilet. Her husband passed by on his way to the kitchen, paused at the door, shook his head, and told her that she was too good for him. The heavy porcelain top was off, her arms elbow deep in rusty water. The man she had married was standing at the entrance to the bathroom and speaking, but Mrs. Mitchell was concentrating on the particular tone in the pipes she was trying to clear, and so she did not respond.

Assignment: Write a paragraph or two in any POV you feel comfortable writing in. Now write it again using the other two POV’s so you have the same content written in first, second and third person POV. Which do you like better?

STORIES TO FEED THE SOUL

A Writer's Life For Me.

Musings from A Curvy Romance Writer

The 24 hour Writing Hotspot and Hang Out

Romance Novels for the Beach

Find out which sexy books to bring with you, or leave behind, on your next beach vacation.

valerie holmes, author
My Journey to get closer to God

How brokeness can make you whole.

Cause Everyone Needs Romance

Lair of a Wordsmith ©

The search for meaning, one page at a time

The place of true inspiration